Last Tuesday, December 14, 2021, Keith Johnson of McHenry, representing the A.D. Johnson Foundation, presented the McHenry Riverwalk Foundation with a donation that is earmarked to build a seat wall on the large bluestone circle at Miller Point.

Mayor Wayne Jett and President John J. Smith both commended the Johnson’s and the AD Johnson Foundation and their generous gift, commenting that donations such as these are the backbone of what makes McHenry special.

Hopefully by next summer we will have a beautiful new seat wall providing seating for the various events that take place at Miller Point, now known as the McHenry Riverwalk District. 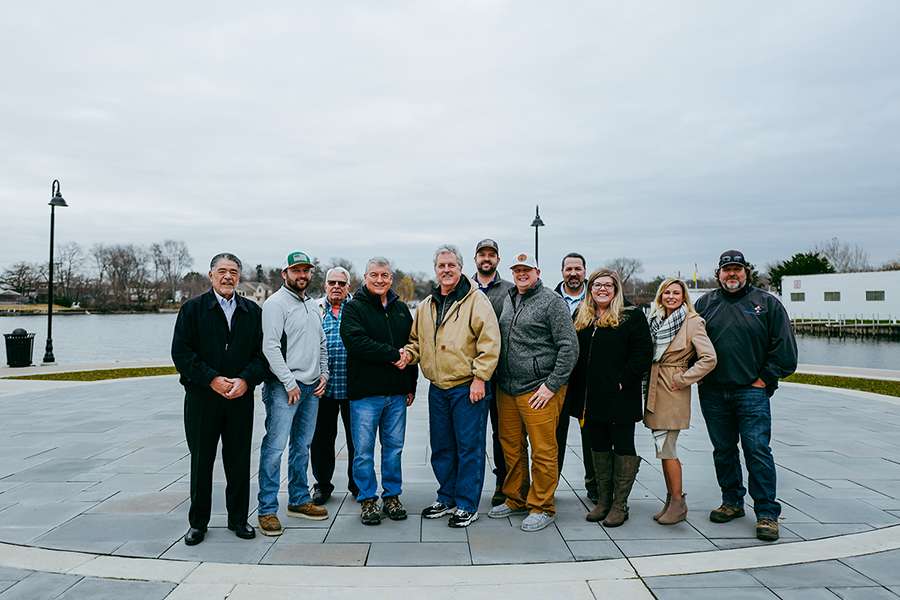 Shown in the picture from left to right is Jack Minero of MRF, Brent Johnson of ADJF, Ned Nuemann of MRF, John J. Smith, President of the MRF receiving the check, Keith Johnson, presenting the check on behalf of the ADJF, Kevin Johnson of ADJF, Mayor Wayne Jett of the City of McHenry, Bill Hobson, Director of Parks & Recreation and MRF member, Molly Ostap, President of the McHenry Area Chamber of Commerce and MRF member, Michelle Streit of MRF, and Pat Gorniak, Parks & Downtown Maintenance Superintendent and MRF member.  (Missing from the photo is Monique Virgilio, a member of the MRF, who was in attendance but was the person taking the photo.)

Make A Donation
Become A Volunteer
Join Our Board